Do you have a friend who refuses to offer an opinion, but then complains when a decision is made?

Indifference imperceptibly undermines our self-respect and festers silently until we no longer have an opinion of our own.
“It doesn’t matter.”

Indifference sucks joy out of life.
“I don’t care.”

“I don’t care.”  These are three of the saddest words ever strung together in a sentence.

It does matter, you do care.  You just don’t want to express an opinion.  Maybe you worry you might offend someone. Maybe you worry about alienating yourself.  What if you offer up an option and it’s shot down? Or even worse, what if your suggestion is accepted and then the other person doesn’t like their meal?

Indifference ignores your own value or the value of someone else.

Perhaps you are being flexible, just going with the flow, cooperating.  No.  We are negating ourselves, failing to recognize our own worth, devaluing our importance.   Indifference hurts.

I do know that it takes courage to voice an opinion that is unpopular.

I once defended abstinence as a choice that should be included in a discussion with teens about safe sex.  I was singled out as unrealistic – teens are going to have sex, so they need to learn how to protect themselves from infection and/or prevent an unplanned pregnancy.  Hmm.  Abstinence does both of those.  Surely it could be included in the discussion.  I digress.

Indifference, what can be done about it?

Express your opinion.  Let people get to know you a little bit better.  Maybe they get to know the authentic you.  Take a risk.  Be brave.

Enrich your life – replace indifference with caring.  Give yourself permission to express your opinion.  Have the courage to be you!  The authentic you.

And authenticity goes a long way to making the world a better place.

The gifts of boredom 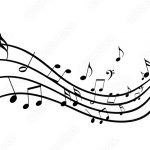