The best laid plans wither in the wake of self-sabotage.

Several decades ago, in my early 20’s I was a recreational runner.  I even entered a couple of 10km fun-runs, one of which I came in last.  Proud to have finished, I still have the race entry number of that dead-last event.  More recently, I set a goal to get back into running.   My personal trainer added it to my strength training program list of goals right next to my weight loss goal.  Though I will admit I gained considerable strength, neither my weight loss goal nor my running goal materialized, despite multiple years of consistent effort.   Sadly, that effort was also consistently steeped in self-sabotage.

Self-sabotage is rampant amongst women and we don’t even seem to notice.  Decades pass and little changes.  Somehow, we convince ourselves that tomorrow is better.  I understand why that is now, but I didn’t for the first 58 years of my life.  So, if you are one of the queens of self-sabotage, take heart – there is an explanation, and there is a solution!

It’s your brain, doing what is was designed to do and it is doing it exceptionally well.  Our brain was hard wired to survive in a hostile environment.  As such, it will always default into survival mode.  And to the brain, survival mode means familiar-good/change-bad.

To understand self-sabotage and what to do about it, let’s look at the inner workings of our brains for a bit.  The three players include the prefrontal cortex (thinky brain – deep in the middle of your brain), the frontal lobes (master sorter brain – the part of your brain that is behind your forehead) and the primitive brain (lizard brain – found near the base of your brain).

Thinky brain, is the creative part of your brain that plans, organizes, focuses attention, contemplates and deliberates, and makes decisions.  Master sorter brain plays a central role in memory and motivation and is a master shuffler of information.  All memories, experiences, and emotional reactions are stored throughout various parts of the brain under the supervision of master sorter brain.  Nothing is tossed – ever. That is why you cannot willfully forget an experience.  Information may be misfiled into the dusty filing cabinets of your brain but it is filed somewhere.  In fact, information is often misfiled during stressful experiences when other parts of the brain are on overload, making details of the experience impossible to recall.  Working remarkably well together, thinky brain and master sorter brain exchange information constantly and devise very practical and reasonable plans.

Self-sabotage as a problem arises because, though thinky brain and master sorter brain are able to plan meticulously, they are unable to execute the plan.  That job falls to lizard brain.  And lizard brain – hardwired for survival, makes in-the-moment choices based on the familiar-good/change-bad default.  Lizard brain believes change is lethal, to be avoided at all cost, and the best laid plans run amuck.

For example, thinky brain and master sorter brain devise a plan to go to the 7am spin class at the local gym three times this week.  You purchased the gym membership, dug out your workout outfit, and it’s neatly packed with runners and a towel, ready for that early morning buff-up.

When the alarm sounds the following morning, lizard brain chymes in…

“Seriously?  What are you thinking woman?!  It’s cold.  Let’s wait until daylight at least.  You haven’t had your cup of java yet and you know you get headaches without it.  Just sink back into the pillow, later is a better time.”

Then lizard brain gets really sly and recruits master sorter brain for evidence.  “Remember that smelly gym?  All the guys grunting, dripping sweat, staring at you?  You really don’t know what you are doing with all the viral covered equipment, anyway.  Isn’t that right sorter brain?”

Master sorter brain, somewhat confused because she helped devise the plan currently being aborted, but doing her job most efficiently, recalls a nasty encounter with some rude jock 5 years ago.

So, what’s to be done about this?  Seems hopeless.

Fortunately, simply knowing this is going on ‘behind the scenes,’ thinky brain can intervene in-the-moment, retrain lizard brain and form a new habit.  “Nope, it’s okay lizard brain. I am going to do this anyway.  Thanks for the information.”  It’s most effective if thinky brain has made a firm, very clear decision.  I am going to the 7am spin class at my local gym three times this week, rather a general plan to get fit.  Initially lizard brain may put up a fuss and the negotiations can be intense depending on the degree of change desired.  But if thinky brain persists, lizard brain will cede and a new habit will be formed.  Initially, in the moment, you may not ‘want’ to go to spin class – that is lizard brain pouting.  But thinky brain can decide to go anyway, rewriting the brain’s default habit.  Eventually lizard brain accepts the new spin class default as familiar and KaBOOM – self-sabotage resolved.

It is possible.  Honest. 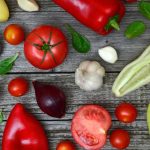 Glucose the toxin Part 3 - You can override your brain

To fast or not to fast? 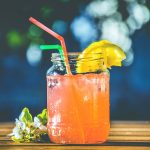