Dementia – it terrifies me.  In fact, my fear of future dementia was a key motivator for my weight loss journey.

I have a very strong family history of non-Alzheimer’s dementia.  My mother and my grandmother both lived long and contentedly forgetful.  As they aged, they slowly lost the ability to form new memories until they crossed some random threshold where they could not ‘hold a thought’ even briefly.  They did not do crazy things like put their shoes in the fridge or try to smoke a spoon, and they quite clearly remembered the distant past.  They just forgot new stuff and slipped into forgetful contentment, living in the moment.

Doesn’t sound so bad huh?  Content, living in the moment.  It’s just not something my 59yo mind wishes for its 85 – 90yo future.  And it is quite likely, I have absolutely no choice in the matter.  Genetics determines 70% of results.  Seventy percent!

But that doesn’t mean I have to help it along.

But then I learned obesity is not an energy balance problem, it’s a hormone imbalance problem.  Not the ‘girly’ hormones estrogen and progesterone (and others) that regulate our monthly cycles, but the appetite regulation hormones insulin, ghrelin, and leptin (and others.)  Insulin resistance can be reversed, and metabolic dysregulation can be regulated.  WHOOP! WHOOP!  I am in, where do I sign up?  What do I need to do?

The answer lies in weight loss coaching,  Buff Up Your Brain – Style!

I learned how to eat to keep my insulin levels as low as possible for as long as possible between meals by changing when I eat and what I eat.  And I learned how to direct my thoughts and think intentionally.  Double whammy success formula!  KaBOOM! Weight loss!! And as a surprise bonus – mental clarity with improved mood, and tempering of my inner critic.

Weight loss is great, I chased it for decades.  But mental clarity, improved mood and tempering of my inner critic – incredible gifts free with weight loss?  I will take it (thank you very much!), but how is that even possible?

Those weight loss gifts are products of our thoughts which are electrochemical reactions in our brain.  Our brain cells (neurons) talk to each other by sending messages sealed in little packages (neurotransmitters) across the spaces between our brain cells (called synapses.)  In a healthy brain, those little packages zip along and are delivered almost instantly through well greased, finely tuned synapses – ZING… ZING… ZING… where they attach to specialized docking ports on the neighboring neuron.  This in turn ‘tickles’ the neighboring neuron to fire the message along to wherever it needs to go.  ZING!

But in a brain with insulin resistance, there is no ZING. The signal is sloughing through synapses filled with webs of wet cotton candy.  It’s a sticky gooey congealed glob of sugar our little neurotransmitter packages must plow through.   And like a tractor, rim deep in a mucky field in spring, it’s a tough, slow slough!  ZONK!

Insulin resistance – nasty silent brute!  Silent, that is, until you’re diabetic or almost diabetic!  Insulin resistance takes decades to develop, and dementia takes just as many decades.  Silent decades.   By the time we are showing mild cognitive impairment (where-are-my-keys-forgetfulness) imperceptible changes in the brain have been around for decades slowly progressing until some random threshold has been crossed, messed with your memory and KABOOM – where are my keys?

The dementia – insulin resistance cause – effect debate continues and is likely to continue for quite some time.  I expect it will only get more confusing as more (mis)information becomes available.

Research and medicine will catch up in a few decades and will probably reach a somewhat inconclusive recommendation beginning with ‘It may be that…’ ending with ‘more research is needed.’  I’m not going to wait – no sugar, no flour, no snacking, fasting and feasting…

Let’s get the zing back in our brains!  Vroom! Vroom!
Lose weight and the brain fog!  Buff Up Your Brain!

Buff – it Up my friends,
Dr. Karen

Check out my updated Website www.karenbackwaymd.com and download my FREE e-Book Weight Loss Demystified. Understand why it’s NOT your fault you struggle to lose weight permanently. 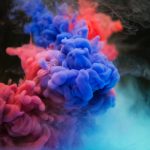 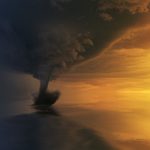